A few days ago, I attended the Ipswich River Watershed Association Annual Meeting. They are an organization dedicated to protecting the Ipswich River watershed so that clean water is available to all of its humans, animals, and plants with a focus on the future.

A light dinner was served at the meeting, and I was excited to not only find delicious food but also the fact that all of the plates, cups, and cutlery we had used were all either compostable or recyclable! I thought that a similar idea could be incorporated into my school, as right now we are using Styrofoam plates and plastic cutlery to serve food, both of which are destined for landfill.

After dinner and a presentation about future goals of the organization, we split up into groups to participate in some activities involving the pollution and cleansing of the watershed. I participated in an activity focusing on how litter and other household chemicals run into rivers and lakes during rainstorms. It used a model of a hillside town complete with roads, bridges, and homes, and various items such as dog waste, road salt, and fertilizer were scattered around the model. Then, using a watering can, we “made it rain” on the town, and saw how the rain carried all of the debris and chemicals into the lake at the bottom of the hill.

This activity was interesting, and I learned how though rain is usually perceived as something good for the environment, it can unfortunately wash harmful chemicals into our watershed. I also learned about how these same chemicals can leech into groundwater. As someone who has a well for a water source, this made me think more about what was going on in our backyard.

After attending this meeting, I became more aware of the importance of the Ipswich River watershed and how we as humans can help protect it for future generations of both people and animals. 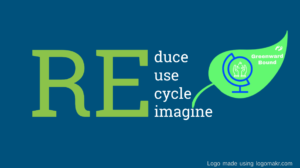